Surely just by watching the trailers of these surf movies, you will want to see the tapes in full.

Bustin ‘down the door

This documentary filmed in 2008 tells how a group of young surfers from Australia and South Africa first discovered the giant waves of the Hawaiian North Shore back in the 70s of the last century. The natives of Hawaii were not very excited about foreigners boasting waves that they consider theirs, and that is one of the central axes of the film. 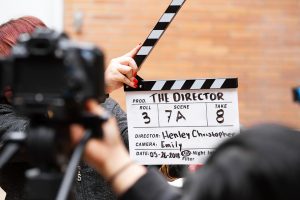 This is the quintessential movie about giant wave surfing. This 2004 film is a documentary shot by Stacey Peralta in which surfers such as Greg Noll, Laird Hamilton, Jeff Clark, and Mickey Muñoz appear. Also noteworthy is an outstanding soundtrack featuring David Bowie himself.

Blue Horizon is a film shot in 2003 by Jack McCoy, which narrates two different ways of understanding surfing: that of free surfer Dave Rastovich and that of competition surfer Andy Irons.

Spirit of Akasha, an Australian documentary filmed to celebrate 40 years of the classic surf movie Morning of the Earth and is presented as a new reference in the fusion between surf, music, and film.

Storm Surfers 3D, is an Australian documentary about the journey of surfers Ross Clarke-Jones and Tom Carroll, in search and conquest of the biggest waves in Australia.

How smart technology is changing business

Reasons to open an online casino