During the winter of 1975 in Hawaii, the world of surfing was rocked when a group of young surfers from Australia and South Africa sacrificed everything to create a sport, culture, and industry that today produces millions of dollars, and that has captured the imagination of the world. With a totally new approach and a colonial attitude, these surfers crashed headlong into a culture that was unprepared for revolution. Surfing would never be the same again. One of those surfers was the world champion Mark Richards, born in a small town in New South Wales near Newcastle (Australia), where he still lives selling surfboards.

The normal thing would be that we could enjoy this film in the cinema, but as I see it difficult, I leave you a trailer so that you can check what this authentic historical document is about.

One of the young protagonists is Mark Richards, a famous surfer and one of the best shapers of today, a precursor of the twin fin, charismatic and nicknamed the seagull for his particular style of surfing.

Richards is now promoting a new documentary, “Bustin Down the Door,” the chronicles of an impressive group of young people who changed the course of surfing. Richards spoke exclusively with Paul Fischer. 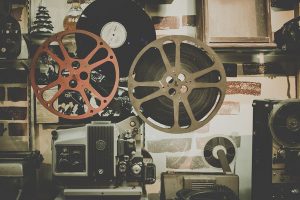 QUESTION: When you came up with this, to offer you the movie, what were your first thoughts about reliving that period in your life?

MARK RICHARDS: Well, I guess my first two thoughts were, “Great! I have to go to Hawaii, do an interview, and spend a few days surfing.” And the second thought was one of fear. It had been a long time, and I didn’t know if I could remember everything. He was also a bit apprehensive about conducting the interviews and was going through a process of depression.

QUESTION: You grew up in Newcastle, right?

QUESTION: Did you have any hope that all of this would come true, that you would end up in Hawaii, and that you would become part of this subculture?

MARK RICHARDS: Not at all. When I was little, I had no aspiration to be a competitive surfer. It was an unattainable dream to go to Hawaii. I never believed it could happen. I had already chosen to be a shaper, so after a few years, I left high school. The reason for wanting to make surfboards was that I wanted to work in the surfing industry because it seemed like most professional surfers who did it could leave their responsibilities when there were waves and take them back when there were none. So it seemed like a very enviable job. Even in those years, in the time frame that the movie is set in between ’74 and ’76, you know, I honestly didn’t share the same vision that Rabbit had. Being a professional surfer and the future of professional surfing. And I think, you know, Shawan even admits it in the movie, that he was thinking of going back to South Africa and going back to college after the North Shore winter. It was really Rabbit who had a firm vision that one-day professional surfing would take off and be a viable sport.

QUESTION: When you first arrived on the North Shore of Hawaii, what were your impressions? 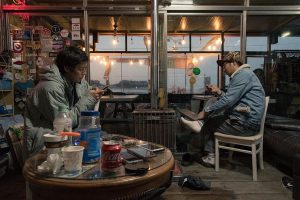 MARK RICHARDS: I imagine the first time I went was in 1972, and I was completely in awe of the place, and the size of the waves. The movies and photos he had seen did not do justice to the majesty of the ocean. I really went there, to a certain extent, like a selfish young Australian hoping to get there and crash the waves. Because I had seen a lot of movies where I was these guys surfing giant waves, it seemed like they were just hovering over the waves without making any turns. Sure, I came from a small wave environment where you do a lot of turns. That first year I was there, I was hoping to surf very well in big waves doing many turns as I did in small Australian waves. But it is that I had no vision or compression, I did not understand the size, power, and intensity of those waves, and the fact that just taking one without doing any maneuvering, just lowering it in a straight line was already an achievement.

QUESTION: Were you surprised by the large Australian presence in Hawaii at that time – Rabbit, you and the rest?

MARK RICHARDS: I guess it was surprising that we all got to the same moment. And really, I think it was a generational handover. Because we, Shawn, Rabbit, Ian Cairns, Peter Townend and I, and Mark and Tomson, all the protagonists of the film were almost the same years. It was the combination of all our dreams that got us there and surfing. I think it was a unique moment in time where you had surfers from different countries and nationalities, all driving to the North Shore, all hoping to ride big waves well, and all on a mission to try and win one of those championships.

The Movie “Bustin ‘Down The Door” Is Now On DVD